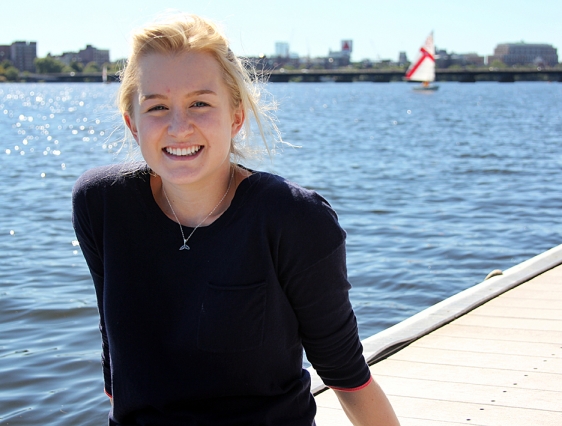 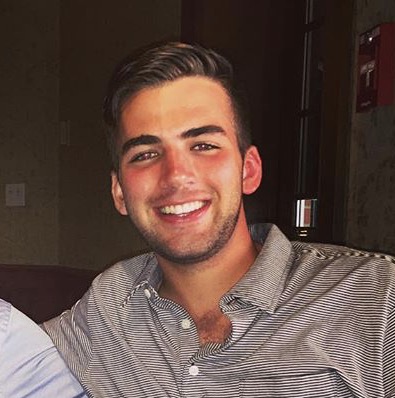 Meet Grace C. Young. Grace graduated from MIT with a degree in Mechanical and Oceanic Engineering and received a PhD from Oxford in 2018. Her PhD dissertation focused on the 3D modeling of coral reefs. Much of Grace’s current work is centered around developing technologies and submersibles that will help the world better understand the oceans. To say the least, Grace has more than distinguished herself in her active research and envisions a world that better understands the oceans. Grace is a sincere steward and advocate of our oceans and her research is helping scientists around the world to better analyze some of the most alarming threats to marine life. Ocean and Co. is honored to feature her in this week’s newsletter!

1. When did you first become interested in the oceans?

“I've loved being on, in, or near the water for as long as I can remember. I grew up sailing on a lake in Ohio, then on the Chesapeake Bay and eventually the Atlantic. My love for water deepened when I learned to SCUBA dive at age 15, and it’s only grown since then. Now not only do I enjoy the water, but I’m also fascinated by its creatures and scientific mysteries, and passionate about its health.”

2. What does your research entail and how has it changed your perspective of the oceans' ecosystems?

“I work on technologies that help us to better understand and manage the ocean. My focus so far has been on submersibles and underwater imaging tools for scientific research. One of my most exciting projects led to the opportunity to live underwater in the Aquarius habitat. For that I adapted an ultra high speed camera for use underwater. The camera, named "The Edgertronic" after MIT Professor Doc Edgerton who worked with Jacques Cousteau, let us film marine animals that move faster than a bullet — far too fast for the human eye to see. The camera gave us the superpower of watching animals' ultra fast movements at a time scale slow enough for use to comprehend. It certainly shifted my perspective. It reminded me that our human senses alone don't let us fully perceive the world around us.

My experience living on a reef as an aquanaut also led me to develop computer imaging techniques to 3D-model coral reefs - the great metropolises of the sea - that hopefully will help us better preserve reefs and re-mediate damaged reef ecosystems. Coral reefs are habitats for 25% of all marine life, yet they cover less than 1% of the ocean. It's truly frightening to realize we've lost 50% of the world's coral reefs in the last 30 years, and based on current trends we'll lose 90% by 2050 (largely due to CO2 emissions that are overwhelming the ocean's ability to absorb and produce oxygen).”

3. As an Ocean Engineer developing submersible technologies, what has been your biggest challenge and how has some of your research benefited oceanic exploration?

“One challenge I face is ensuring that new technology solves real problems. People can get excited about technology for its own sake, but it's important that we develop technologies to solve specific problems. We also can't assume there is a technology solution to all problems. Most of the ocean's problems we already know how to solve, it just requires human action and cooperation. I've been fortunate in my career to have been part of teams that have develop submersible and aerial technology deployed from Antarctica to the Arctic to monitor threatened species, create 3D maps, and perform other missions that would've been virtually impossible 10 years ago. One of my favorite projects is working with the team that's modernizing the manned deep-sea submersible Pisces VI, which will hopefully make deep sea exploration more accessible to researchers and laymen alike. Stayed tuned for some exciting news later this year!”

4. In 2016, you sailed across the Atlantic! How did this adventure come about how did the experience change your life? What was your greatest memory from this endeavor?

“I made the crossing with seven friends to deliver a 65” boat to a fantastic Florida-based charity named SailFuture that offers troubled teens an alternative to juvenile detention. We encountered problems shortly after leaving the Canary Islands that threw us off course and required us to sail almost totally by compass, save our battery for emergency, and conserve our fresh water. We had no internet or cell phone coverage, music or podcasts. If I'd known this beforehand, I’d have expected that we'd run out of things to talk about or at least go a bit stir-crazy. But that wasn’t the case. You connect with people differently when you’re literally “on the same boat” and dependent on each other. Every day we saw a magnificent sun rise and sun set — it’s like watching a movie that’s different every time and never gets old. At night the most brilliant stars and bioluminescence I've ever seen painted the sky and water. The unplanned extra 10 days we spent crossing was an unforgettable experience, and the crew will be friends for life.”

5. Having lived 14 days underwater, what kinds of marine life did you observe?

“Eagle rays, Goliath grouper, mantis shrimp, spotted drum, scorpion fish, lobster, giant barrel sponges.... to name a few! The Aquarius habitat is in an area that's been protected for several decades, so it's teaming with life. It's become an integral part of the reef and with human activity in the area non-threatening, the wildlife seemed to become accustomed to our presence. Because we were doing a special kind of diving called saturation diving, we could work outside the habit for eight or more hours a day instead of the 45-minutes we'd be limited to on a normal SCUBA dive. Diving that long can be exhausting, but my favorite time of day was often late night staring out the galley viewport at the life around us. The giant Goliath grouper that would often nuzzle up to the viewport.”

6. What do you believe is the biggest problem facing our oceans? How can individuals make a difference in preserving the longevity of our oceans?

“The biggest threats are pollution, overfishing, and climate change related issues (e.g., acidification caused by CO2 emissions, oxygen depletion and warming temperatures that are destroying habitats). These are existential threats not only to the ocean, but also to human life. There are lots of ways individuals can make a difference. (1) Stay informed about ocean issues. The more you know the more you’ll care. (2) Be careful with seafood. When you order fish, ask where it's from and how it's caught. Even if a restaurant doesn’t know, it shows to them that customers care about sustainable sourcing. Monterey Bay Seafood Watch has a guide updated every season listing which fish are sustainably caught. (3) Reduce plastic use. Must plastic is unnecessary, and our oceans are choking with it. (4) Become an ocean advocate - make the ocean's case to your elected officials and support efforts to reduce CO2 emissions. (5) Support businesses like Ocean and Company!”